The rock and roll band located in Tenerife surprises us this time with an original song written by Freddy Martin and Gilbo Martin, both also producers of the track and the music video. A classic ballad in the purest fifties style inspired on Christmas since the history of the song takes place in this special season. The music video was shot in a spectacular house-museum with awesome 19th century costumes, where Freddy plays a bunch of beautiful old pianos. This track is the second single from their recently released album «Ba-Ba-Ba, Baby».

BA-BA-BA, BABY is the title of THE ROCKABILLERS first album, a tribute to the classic «bababababies» so often heard in the songs of the 50’s and 60’s of the last century and also to the word «baby» used many times in the entire album.  It contains 12 tracks with a very personal style that distills the essence of the music of those golden years of rock and roll combined with a current, powerful and elegant sound, 10 tracks are very particular covers of world hits: «Shape of You»,  «Havana», «The Power», «Every Breath You Take», «Gypsy Woman», «All That She Wants», «You Belong To Me», «Perfect» and 4 Tracks are  originals, 3 unreleased until now: “Baby I Love You, Yes I Do”, “My Baby Just Dance” and “When You Walked Away (It’s Christmas Time)” and a remastering of the first single released in 2019 “Zombiewalk”.

Music Video of the first Single «Shape of You»

Produced by Freddy Martin and Gilberto Martin and released under the label “Rock’n Roll Paradise – Mas Pro Music”, distributed by Ditto Music and available on all digital platforms for streaming and downloading.  It is also available in CD audio format

SHAPE OF YOU – Advance Single of the new album «Ba-Ba-Ba, Baby» by THE ROCKABILLERS.  Now available as pre-release in iTunes, Apple Music, Amazon Music and Google Play with 3 tracks instant gratification with the pre-order.

«Shape of You» is a very personal and energetic rock and roll/rockabilly cover of the world hit by Ed Sheeran of 2017 and inspired in another world hit song by Elvis Presley «Little Less Conversation» (1968). The music video has been recorded in a very special location, the «House of Music and Sound» (Güímar, Tenerife) a 19th century colonial canarian house that also has been a very important part of the project. 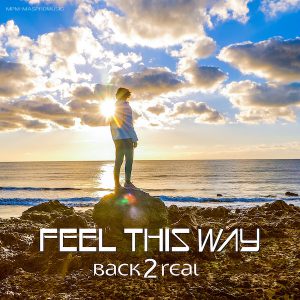